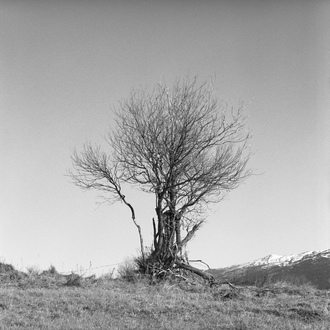 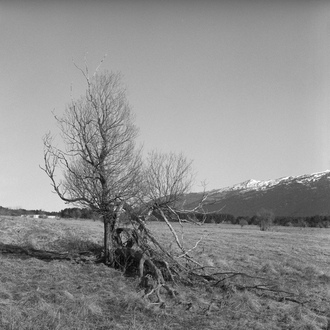 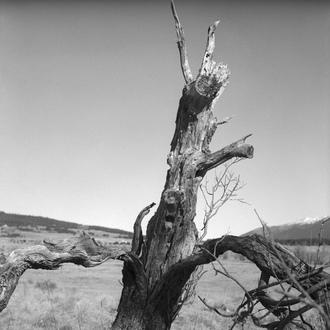 Along the base of the Capcir Valley in the Pyrenées, single trees sit among the farmers fields each exposed to the elements with no support from companions. It is very easy to see individuality in these characters especially when Pareidolic visions are encouraged through certain formations of branch and crevice. 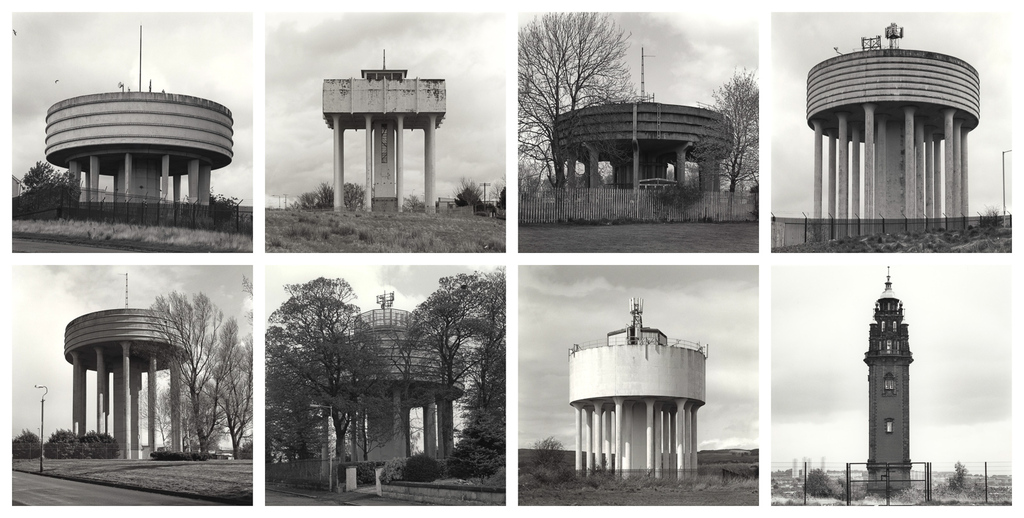 Water towers of Glasgow (after Bernd and Hilla Becher)

The Photographers Bernd and Hilla Becher recorded many industrial structures across the landscape of Northern Europe. They would organise these images into grids of typologies. One of the many structures types they chose to record were water towers. While the Bechers did visit Scotland I do not believe they recorded the many water towers in Glasgow though. These are the eight water towers I could find. They are photographed and organised in a similar manner to the Bechers typology grids. A number of other towers have already been knocked down and only Ruchill, Craigend and Garthamlock are listed. Some of the above may not last.

The detail found in the standing stones at Calanais means that each individual stone has its own character. I felt these stones deserved more than a group photo so I took to taking portraits of the individual stones. 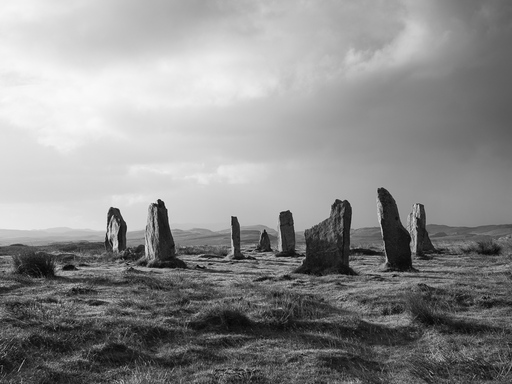 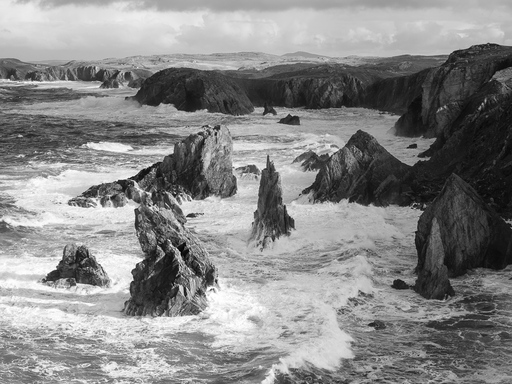 Calanais III a megalithic structure consisting of a outer ring of 8 standing stones with 5 fallen stones and an inner ring of 4 stones. It is one of a number of ritual sites in the area including the main Calanais stones. Erected approximately 5000 years ago, no one knows for sure what their purpose was.

Near Mangersta there are a series of sea stacks that are similarly structured. An outside ring of sea stacks with a single individual in the middle. Could this be another ritual site, except created by the strength of the ocean?

Vesturkirkjan, the west church, lies on a hill above Torshavn, the capital of the Faroe Islands. From most of the town it looks like a undecorated black pyramid. It looks as if an alien ship has landed. As you walk up to it you'll find this pyramid is actually made of copper and has a red tinge. When you reach the church you see that the facade facing away from town, is almost completely covered in glass. It is as if the church is turning away from the town. I doubt that is the intention though.

#architecture#church#geometry
Next page →
adamfowlerphotography.co.uk uses cookies for statistics tracking. By continuing to use our site it will be assumed you agree to this.Ok